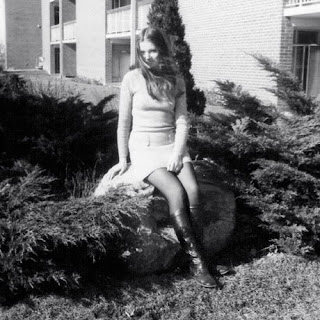 Unlike 1994, 1967 was a good year for fashion. Mini-dresses and go-go boots ruled the racks. And Jean Coburn-White's mother wore both of them like a champ. Says Jean: "In this photo, taken in Toronto, Canada, she was wearing a gray, long-sleeve knit mini dress with small pockets. She completed the look with knee-high flat boots. Damn, that outfit would look just as good today. And if she had it, she could wear it. She's still 115 lbs."
Take heart, Mod Cloth has a few variations on the dress--though none as swingin' as the original. 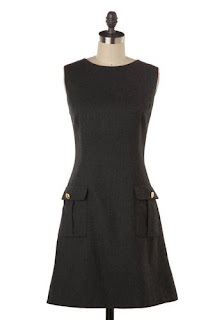 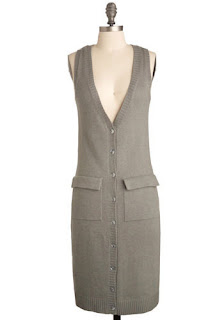 But wait, something is wrong with this picture. If you're a 16 year old hottie like Jean's mom, a gaping admirer can't be far off. 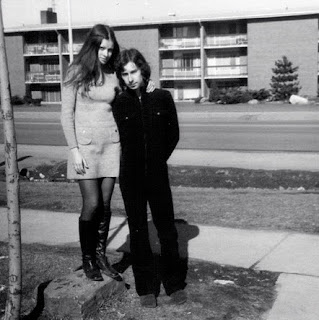 Aha. That's better. Doug, Jean's dad, was so smitten with his lady he even let her tower over him. But don't expect him to be happy about it.
Posted by MMTSI at 1:59 PM

Email ThisBlogThis!Share to TwitterShare to FacebookShare to Pinterest
Labels: 1960's, get that look, go-go boots, minidress

Yes! How crazy is that? Doug is my dad. I just asked: He's wearing a one-piece terry/velour outfit from Le Chateau (a Canadian clothing store). 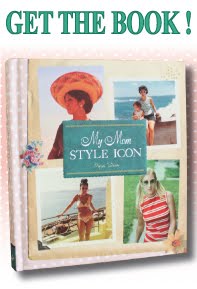 My Mom, Style Icon from right on red films

Every month, Lucky is featuring a vintage mom photo, inspired by My Mom the Style Icon blog. Send your mom's photo to the magazine or send to me with the headline "LUCKY" and I'll pass it along for consideration.